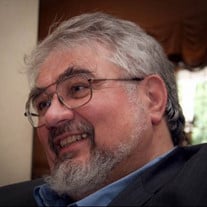 Robert Joseph Bevilacqua, 76 of Medford, passed away on Thursday May 5, 2022 at Our Lady of Lourdes Medical Center in Camden. In West Philadelphia, he was born and raised. In Medford he chose to live out the remainder of his days. Growing up and throughout his life, he was known as a devoted caretaker for his family. He was incredibly hardworking and always selflessly made his family his highest priority. Bob was always proud of his five strong independent children who all share his dedicated work ethic. Before his retirement in 2010, he enjoyed a long successful career in the electrical engineering field. When he was younger, he proudly served his country during the Vietnam War and was honorably discharged from the United States Marine Corps. Bob will always be remembered for his clever sense of humor and enthusiasm for healthy debate. He enjoyed golfing with his work buddies and as legend has it, this is how he affectionately earned his nickname, The Bear. He enjoyed sports and was a devoted fan of the Philadelphia Eagles, Phillies, Sixers, and Flyers. He supported and encouraged his children to participate in a variety of sports and athletic programs, and he actively participated in the local youth athletic league coaching soccer for his three daughters.   Bob was predeceased by his parents Albert and Rose, and a brother Michael. He leaves behind his wife of 56 years Frances Bevilacqua, 2 sons and a daughter-in-law, Robert Bevilacqua amd Rebecca Jenks, and Brian Bevilacqua, 3 daughters and a son-in-law, Karen Bevilacqua, Deborah Bevilacqua, and Tricia and Michael Lynam, a sister and brother-in-law Linda and Rick Petrin, and 4 grandchildren, Julianja, Sean, Gabriel, and Nora.   Relatives and close friends are invited to gather for a memorial service in his memory on Thursday, May 12 from 12pm-2pm at Mathis Funeral Home, 58 North Main St. Medford, NJ 08055. In lieu of flowers, donations may be made to Tunnels to Towers at t2t.org/donate , St Jude's Children's Hospital, a charity of your choosing, or simply plant a tree.

Robert Joseph Bevilacqua, 76 of Medford, passed away on Thursday May 5, 2022 at Our Lady of Lourdes Medical Center in Camden. In West Philadelphia, he was born and raised. In Medford he chose to live out the remainder of his days. Growing up... View Obituary & Service Information

The family of Robert Joseph Bevilacqua created this Life Tributes page to make it easy to share your memories.

Robert Joseph Bevilacqua, 76 of Medford, passed away on Thursday...

A comforting word from you means a lot.

Send flowers to the Bevilacqua family.