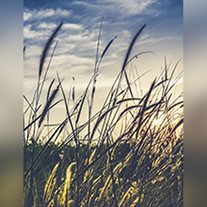 Michael Joseph Gore, 38, of Tampa, FL, formerly of Bordentown, NJ, passed away unexpectedly at home on April 21, 2022. He was born in Trenton on June 16, 1983 to Joseph and Candace (Gearren) Gore. Throughout childhood, Mike could often be found fishing with his family at Island Beach State Park or playing epic games of hide and seek, Jail Break and street hockey with his tight knit band of siblings and friends. While he loved teasing his sisters, he frequently came through for them in the most unexpected, but meaningful ways. Hilarious and quick-witted, Mike made friends from every walk of life, wherever he went. He was incredibly smart, curious and creative. From writing and recording original rap songs to building computers out of salvaged parts, he had an eclectic range of talents and interests. Mike graduated from Bordentown Regional High School in 2001. Over the ensuing years, he developed a passion for cooking. He honed his skills and shared his talents working as a cook at a variety of restaurants. Mike had a daughter, Penelope, with Nancy Ramirez. His family considers Penelope to be the greatest gift Mike has ever given them. He was loved and will be forever missed. Mike was predeceased in death by his grandparents, Joseph and Ruth Gore, Dr. John and Eileen Gearren; Aunts, Ruth Paller and Joan Weaver. He is survived by his loving daughter, Penelope, parents, Joseph and Candace Gore, three sisters, Colleen Gore and Patrick Whittet, Michele Gore and Robert Farina, Maryellen Gore and Ryan Aguilar; his nephews, Calvin and Chauncey; nieces, Antonella and Maggie; uncles and aunts, John Gearren, Michael and Sylvanna Gearren, Gary Weaver and a host of cousins and friends. Michael will be laid to rest in a private ceremony at St. Mary's Cemetery-Bordentown. Arrangements are under the direction of Huber-Moore Funeral Home, Bordentown.

Michael Joseph Gore, 38, of Tampa, FL, formerly of Bordentown, NJ, passed away unexpectedly at home on April 21, 2022. He was born in Trenton on June 16, 1983 to Joseph and Candace (Gearren) Gore. Throughout childhood, Mike could often... View Obituary & Service Information

The family of Michael Joseph Gore created this Life Tributes page to make it easy to share your memories.

A comforting word from you means a lot.

Send flowers to the Gore family.